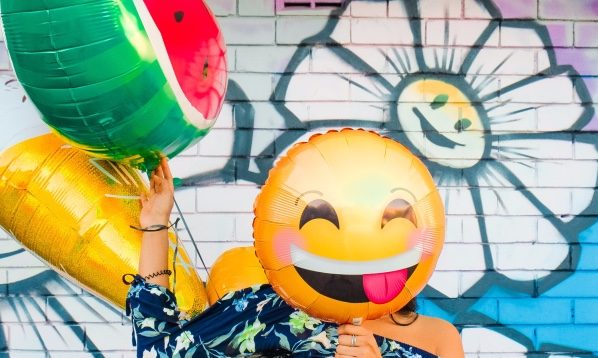 “Are you awake?” rasps a voice from the other side of the bed.

“Yeah.” Woken just moments beforehand by a cool breeze curling under the curtain, I start to readjust the blankets. A light flashes on.

“I think I’m having a heart attack,” my boyfriend says, his palm flat to his chest, panic waiting on his face.

“No, darling, you’ve just eaten too much. You’ve got indigestion.” I cosy back under the blankets.

“But how do you know I’m not having a heart attack? Feel my forehead.”

Whether my boyfriend imagines he’s got toe cancer, an ear tumour or a chin clot, fever is the symptom that confirms death is imminent.

“You feel cool,” I say, making a mental note not to discuss quadruple heart bypass surgery over a buffet dinner of pork schnitzel ever again.

My boyfriend is a hypochondriac, though not a vocational one. Rather he indulges it like a hobby something akin to restoring furniture on a weekend. In these pockets of time he becomes obsessed with details like, if he can rotate his shoulder forward but not backward without pain does that mean he’s dying? He relies on my reassurance because a life time ago I was a nurse. My favourite response is to furrow my brow and pause just long enough to see his eyes bloom with terror. Generally, though, I’ll respond nonchalantly with, Oh darling, probably not. When I’m not mining his affliction for comedy gold, I know I should be more empathetic.

In my 20s, I experienced a bout of hypochondria while studying for my general nursing certificate. It coincided with the discovery that an infinitesimal number of ailments exist that can kill or maim you. I learned that a special kind of fear should be reserved for diseases with names like kitchen brands. Guillain-Barré Syndrome, for example, is a virus that attacks the nervous system and requires urgent medical attention when the lungs deflate like three-day old party balloons. And if that doesn’t terrify you, consider the incurable bacteria which enjoys a slow degustation of your body tissue and doesn’t bother to thank you.

Within six months of study, I became acutely aware of being confined to a body that could betray me at any moment. Every creak and suggestion of pain heralded the beginning of the end, which set off a spate of visits to casualty where I worked.

The first time I sought urgent medical attention was for general malaise. While a seemingly innocuous symptom, as a student nurse I knew that malaise was a cosy bedfellow to just about every illness imaginable. After some routine observations, though, I was diagnosed with a non-descript viral infection and sent home to rest. In the days before Dr Google existed, I spent the next week scouring medical texts for a more substantial diagnosis.

The next time I hightailed to casualty, I was convinced my migraine was a sign I’d suffered a subarachnoid haemorrhage. Imaging the Jackson Pollock state of my brain, I waited on a hospital trolley for three hours before a doctor attended to me (which seriously made me question the ethics of the Hippocratic Oath). After successfully passing a set of neurological observations, I was discharged from casualty with a prescription for strong painkillers. When the pain subsided in a pleasurable milieu of codeine, I conveniently forgot about my subarachnoid haemorrhage.

The thrombosis I diagnosed in my calf which was going to dislodge and cause a pulmonary infarction, the obstructive bowel disease that I’d developed because I missed one bowel movement were nothing – nothing – compared to my greatest nemesis.

Before AIDS hysteria reached its peak and the Grim Reaper ads ruined everybody’s sex life, the hospital where I worked discouraged its nursing staff from wearing protective clothing. It was management’s view that if our bedside manner was seen to be too clinical our patients might just get offended. It didn’t seem to matter that staff (namely me) could drop dead at any moment from an incurable disease, just as long as Mrs Thompson could enjoy the intimacy of having her colostomy bag changed sans latex gloves. Driven by sheer terror, I took to stashing gloves in my apron like a kleptomaniac, and was once chided by the head nurse for using gloves to take a patient’s temperatures.

In the course of a year, I was tested no less than three times for the AIDS virus. The first time when a guy I was dating told me he’d once had pubic lice. The second time when I spilt urine on my hands when emptying a catheter. And a third time when I thought a check up was well overdue.

Waiting for the results, which routinely took six weeks, I would spend my days planning the details of my funeral. In one conversation I had with my mother I announced that, in the event of my death, I wanted to be cremated. My choice of non-burial had nothing to do with my renouncing Catholicism a few years earlier. Rather it was to circumvent the possibility of waking up in a coffin six feet under ground. I figured burning would be a much quicker and definitive way to go. Being Catholic, my mother wasn’t happy about my request to be cremated, though she conceded through pursed lips. She exploded into tears, however, when I asked her to scatter my ashes in the ocean to Bobby Darin’s ‘Don’t Worry Be Happy’.

When I graduated from my nursing certificate a few years later, I declined a position to work on the cardiac ward at my training hospital. My heart just wasn’t in it. As far as I was concerned, I had to get as far away from this hospital as possible,  a veritable breeding ground for the most inexplicable diseases.

Image by Lidya Nada on Unsplash

Karla Dondio is a freelance writer who produces feature articles and marketing content for both print and digital channels. Her main focus is Menopause, Mental Health, Workplace Wellbeing, and the Mind Body Connection.