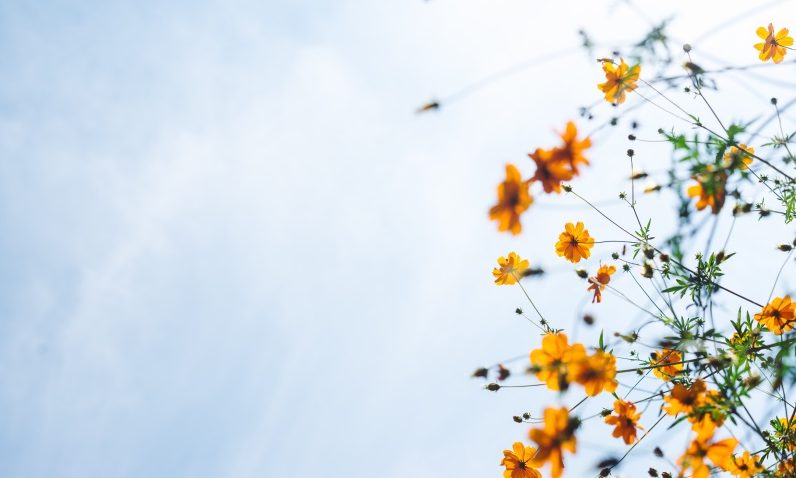 Sipping tea in the front yard, I marvelled at our nectarine tree. Its swollen week-old buds had unfurled like tiny palms to reveal pink starbursts of colour. As I realised the tree was abundant in potential fruit, I stood back and admired it like a

proud mother. I thought about how, when the tree first came into my life, it should have been put down because of its genetic inferiority, mercilessly thrown back to the compost from whence it came.

Eight years ago, a boyfriend had given me the nectarine tree as a seedling. When I’d looked down at its soft, diminutive foliage, I’d immediately felt protective.

“Don’t expect much,” he had said, handing it over. “The fruit will probably taste like shit.”

I squealed and jiggled on the spot. It was my first ever fruit tree but, more importantly, it was a projection of my future: a promise that one day I would have my very own garden full of tasty edibles. I ignored his warning, even though he was a seasoned gardener. I decided I would nurture the nectarine tree to a glorious fruition.

I carried the small tree to and from rental houses like a treasured, but somewhat neglected, heirloom. It became a stranger amongst a myriad of ornamentals and herbs, and more often than not I forgot to water it. During one particularly hot summer, the heat fried it until it was brown and crunchy, and I thought it was dead. In the springtime, when tiny leaves poked like tongues from its arid frame, I clapped excitedly at the unexpected encore.

When I eventually rented a small house in Coburg North with a backyard, my garden finally manifested. I toiled in the backyard on the weekends with a shovel and transformed a knotted mat of couch grass into wobbly garden beds. I lopped off poisonous oleander branches that arched over the garden beds with an axe my mother had bought for me. I noticed that with all the physical labour my muscles grew stronger, but I felt softer.

In poor soil, I planted my first tomatoes – Big Reds, Romas and Cherries – along with potatoes, spinach and kale. I dug a patch for the strawberries that arrived in a Styrofoam box from my father, which blossomed under the rusted hills hoist. Finally it was time to dig the nectarine tree, still only thirty centimetres in height, into the soil.

For the first week, the tree drooped sadly as though it had lost a friend in the plastic tub that had contained it. But after a few weeks, it began to raise itself up and chase the sun. It flourished, sprouting nearly twenty centimetres in no time at all.

My boyfriend arrived one Saturday and packed up his belongings into a van and left the cumbersome items like rusted planks of metal behind for me. After failing to convince him to stay, I watched him drive away with my heart dragging behind along the bitumen. I cried nearly every day for the next month.

Three months later, the nectarine tree stood there in my backyard as a sprite reminder of my doomed love life. I impulsively yanked it from the earth, thinking this might erase my pain, and then re-planted it in the hope that love would be requited.

A year later my ex-boyfriend contacted me unexpectedly and I agreed to meet for coffee. When he hinted at rekindling our relationship, I told him that I had moved on with a man who I was very happy with. As a symbol that I really had moved on, I’d uprooted the nectarine tree from my rental and re-settled it in my new boyfriend’s front yard, in the same home we share today. I never heard from my ex-boyfriend again.

When the nectarine tree fruited for the first time a few years ago, I bit into it with trepidation. I ran into the house screaming, “it doesn’t taste like shit!” Instead it tasted of melon and peach – of the morning sun that had warmed it. I winced joyously at its sweetness.

It was the best nectarine I had ever tasted.

Image by Masaaki Komori on Unsplash

Karla Dondio is a freelance writer who produces feature articles and marketing content for both print and digital channels. She often writes about technology, marketing, careers and travel, but isn't bound by any subject or niche. She loves theatre and art, and recently became a born again gardener.